Home / World / Concern about testing for Down 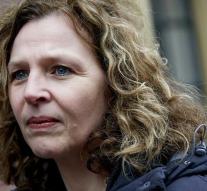 amsterdam - Dozens of well-known Dutch speaking Monday in an open letter concern about the introduction of the NIP test in the Netherlands. This test pregnant women assess whether their child suffers from Down's syndrome.

The letter in the Times is an initiative of the Christian Union and Linda Germs, mother of a son with Down, and signed by, among others comedian Herman Hermits, cyclist Marianne Vos and singer Willeke Alberti.

The signatories advocate to provide the test is not standard. 'The more accessible it is to screen for Down syndrome, the more we move towards a society which is becoming less and less place for children with Down. A child with Down syndrome becomes more and more a child could have been prevented. '

Minister Edith Schippers (Health) and a majority in parliament to allow the Netherlands to test all pregnant women. Now it's only available for women with an increased risk of having a child with Down. The letter writers provide the test later standard is performed, after which parents opt for abortion. 'With the wide offer of the NIP test says the government implicitly: you do not need to be there. '