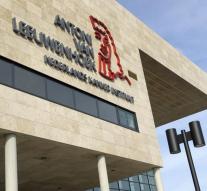 amsterdam - The Antoni van Leeuwenhoek Cancer Institute in Amsterdam has lost patient data after theft of a computer. This disappeared at the Nuclear Medicine department on 7 April.

'It was an intrusion from outside,' says a spokesperson for the AVL. The computer did not contain so much medical data, but mainly appointment data. Some e-mails from a doctor contained names of patients and patient numbers.

The 1683 patients, whose data were stored in the computer's 'inbox', have now been notified of the burglary by bief.

The AVL calls it unlikely that the theft was aimed at obtaining patient data. To date, the stolen computer has not been recovered. The chance of this happening seems very small, says AVL.