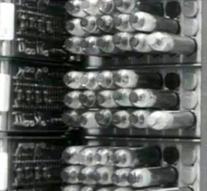 berkeley - The American physicist Wesley Clark, who was best known for his pioneering work in the field of personal computers, is deceased at the age of 88. Reported TechRepublic. Clark died last Monday.

Clark started in 1952 at the Massachusetts Institute of Technology. He worked on computers for the US Navy and stood at the base of the TX-0 project. That project from the first computer originated on the basis of transistors. The result of his work was one of the first minicomputers. This created a true revolution because a computer will not complete more rooms were needed. His computers were the size of a desk and pocket sized enterprises could also have a computer.

The ideas of Clark and his inventions eventually formed the basis for the precursor of the Internet, ARPAnet.