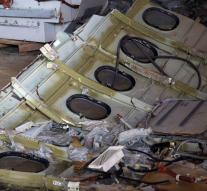 jakarta - Technical and human failures end of last year led to the crash of an Indonesian Airbus A320 airline Air Asia. This Indonesian investigators have reported the accident Tuesday. In the accident were all 162 passengers died.

According to investigators, the pilots reacted incorrectly to a technical defect in the onboard computer that monitors the progress of the flight. A malfunction in the computer that was more common cases, led to the failure of the autopilot. When the pilots wanted to tackle that problem, they made mistakes which they lost control of the plane. The device that was heading from Surabaya to Singapore plunged December 28 in the Java Sea.