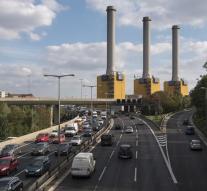 brussels - The European Commission and the German Government have reached a compromise according to insiders on the conditions which must satisfy any German tolls on the highways to. German broadcaster ARD reported on Thursday according to sources close to the negotiations, that the agreement will be announced later in the day.

If the plans go ahead, have foreign drivers according to the ARD will soon start paying at least 2.50 euros for a vignette. For that amount they are allowed ten days to use the Autobahn.

According to the original plan German car owners would be spared entirely. Brussels objected to it because it would be tantamount to discrimination. The issue would be resolved by entering a discount on the German road tax which is higher as a car is more environmentally friendly.

Whether the toll there really is, depends on the following German government. Next autumn in Germany parliamentary elections.