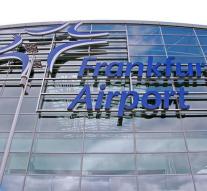 frankfurt - Certainly six people left physical complaints about an incident at Frankfurt Airport. They complained about the irritated eyes and respiratory tract.

There is still uncertainty about the cause of the complaints. A police spokesman said the investigation was still ongoing, but suggested that there might be a technical defect or a foolish joke. Messages that were allegedly attacked by tear gas have not yet been confirmed by the authorities.

The fire department conducted measurements, but would not have seen high concentrations of harmful substances. The incident did not cause major inconvenience according to the airport. No flights had to be canceled or delayed.