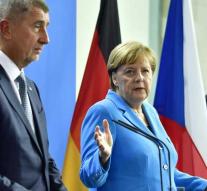 prague - Czech Prime Minister Andrej Babis is accused of possible conflicts of interest. The wealthy politician would still have close ties with the chemical company Agrofert, which he founded, which received EU subsidies.

The Czech section of Transparency International has filed a complaint with the European Commission. Green MEPs will shortly raise the issue at a hearing soon.

Babis has previously said that he has put the property of the group in a fund and that there is no question of a conflict of interest.

'The mere claim that someone could enrich themselves while driving a country is enough to seriously undermine confidence in the political system,' says co-chairman Philippe Lamberts of the Green Group. He wants the European Commission to conduct an investigation into Babis' business practices as soon as possible to ensure that he complies with EU rules on conflicts of interest.