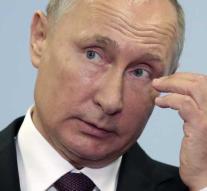 washington - The Trump Organization, the holding company in which US President Donald Trump is holding business, proposed in 2016 to give Russian President Vladimir Putin a penthouse worth fifty million dollars in the Trump Tower that the company wanted to build in Moscow. In this way Russian wanted to insure permission and also push the price.

The news website BuzzFeed writes this on the basis of discussions with American investigating officers and property broker Felix Sater, who was involved in the project as an advisor. Sater would have come up with the plan and Trumps former lawyer Michael Cohen would have discussed it with an assistant from Dmitri Peskov, Putin's spokesman. According to Sater, 'all the oligarchs would kill' for an apartment in the same tower as Putin, which would double the value of the project.