Home / World / Companies are not aware of cyber threats 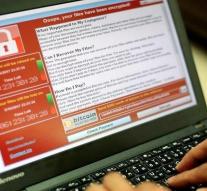 the hague - Dutch companies are badly aware of digital threats. On Wednesday, the Cyber ​​Security Council (CSR), in response to its own investigation, called the alarm clock about the serious lack of cyber security information in business. According to the advisory body, the urgency of the problem is high and it is important that various parties, both public and private, take immediate action.

Only the central government and organizations that are essential in daily life, such as banks and suppliers of electricity, gas and drinking water, exchange important information about digital threats. Other companies and organizations remain deceived. The CSR urges relevant ministries, police and justice and business on Wednesday to forward such information. It is also urgent to set up a so-called Digital Trust Center, which should act as an information center.

In addition, the CSR advocates the reporting of cybercrime easier. As procedures indicate and report at the moment are too complex, CSR feared that only the tip of the cybercrime iceberg in the Netherlands is visible.