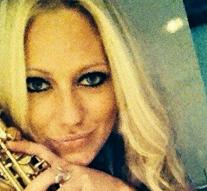 The 28-year-old nurse was shot in the parking lot of the Two Cities Hospital in Waalwijk. Her ex John F. (37) was arrested two days later. It soon became clear that Van der Giesen had done ten days before her death declaration of threats and harassment against her ex. The police acknowledged at the time that this declaration was arrested with sufficient urgency.

The external committee has been asked to issue an opinion on the state of affairs and to come up with conclusions and recommendations.