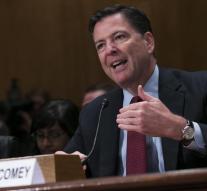 According to the party, it appears from the hearing with Comey that there is no investigation into President Trump, there is no evidence of a conspiracy and that Trump has not opposed the investigation.

SEE ALSO: Comey: dismissal to ruin is a lie