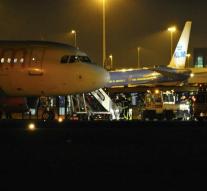 - A bird that crashes with an airplane causing a flight to prolong a long time is an 'extraordinary circumstance'. The airline does not have to compensate passengers unless the airplane is found to be airworthy after technical inspection. Then society can not take the delay to meet the European compensation obligation in delays of more than three hours.

That is the meaning of a verdict of the European Court of Justice on Thursday. The case was filed in the Czech Republic by two passengers who would fly from Burgas (Bulgaria) to Ostrava (Czech Republic) in August 2013. First of all, due to a technical problem and after a collision with a bird on the route before Burgas, the two were delayed by more than five hours in Ostrava. They claimed compensation.

Because there were two incidents here, it is not clear whether the complainants now get money. This is the case with the Czech court.