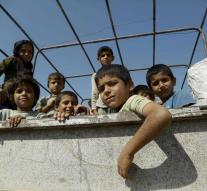 - The coalition put forward by the United States has expanded the number of patrol flights over northeastern Syria to protect the ground US special forces. The Americans provide training and advice to the Syrian Democratic Forces (SDF), which were attacked by Syrian government aircraft near the city of Hasaka.

,, The Syrian regime is better not do things that put them at risk, '' said Pentagon spokesman Jeff Davis.

The Syrians bombarded Thursday in Hasaka Kurdish YPG militia, which is part of the SDF. SDF conquered this week the city Manbij on the terrorist group Islamic State. In the civil war Syrian government forces and the YPG confrontations largely shunned. The YPG has links with the Kurdistan Workers Party (PKK) in Turkey.