Home / World / Coal giant in the making in China 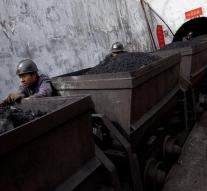 amsterdam - The Chinese coal producer Shenhua Group is working on a merger with China General Nuclear Power, a state-owned company.

Together they would get a volume of $ 240 billion. That merger proposal Shenhua Group according to Bloomberg made to the Chinese government.


China increasingly privatizing government activities. Commenting on the merger plan was CGN Power, the listed unit of General Nuclear 12% on the stock market up.

The Chinese government is still considering the plan to merge Shenhua and its competitor China Coal mining.