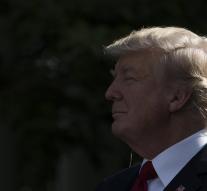 washington - The US news channel CNN has withdrawn a message about alleged contacts between a confederate of President Donald Trump and a Russian investment fund. The three journalists who worked were resigned.

'The story did not comply with CNN's editorial standards and is therefore repealed. All references have been removed ', told CNN Monday night (local time).

The journalists Thomas Frank, Lex Haris and Eric Lichtblau had found that hedge fund entrepreneur Anthony Scaramucci had direct links with someone who was in charge of an investment fund in Russia. According to CNN, the message was insufficiently investigated and not ripe for publication. 'We apologize to Mr. Scaramucci,' said CNN. Those who knew to accept the apologies.

CNN is one of the media companies that are regularly charged by Trump for spreading 'fake news.' '