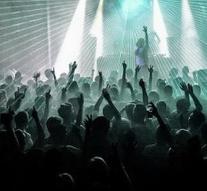 london - One of the best known and largest nightclubs in Britain, Fabric in London is closed. In the night from Tuesday to Wednesday the borough of Islington has revoked the license because there is a culture of drug use prevails that got completely out of control, according to the council committee concerned,, '.

The Director of Fabric, Cameron Leslie, denies that the nightclub is a haven for drug use. Alan Miller Association Nightlife Industry, announced actions. Money is collected, and public and political mobilization. Fabric get to it late Wednesday regarding a wave of support.

The mayor of London, Sadiq Khan, said to be disappointed about the closure. He fears the worst for the London nightlife.