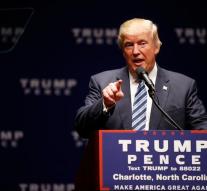 - Republican presidential candidate Donald Trump has close ties with the company behind a controversial oil pipeline project. According to research by The Guardian. Trump has invested in Energy Transfer Partners, the company that the pipeline Dakota Access should realize. The CEO thereof Kelcy Warren, has invested in the campaign of Trump.

The financial papers of Trump's campaign that the Republican has invested between 500 000 and 1 million in Energy Transfer Partners. He also put the same amount into Phillips 66, a company gets a 25 percent interest in Dakota Access once the project is finished.

CEO Kelcy Warren has donated 103 000 dollars to the campaign of Trump. When he finally was the Republican presidential candidate, Warren again donated 66 800 dollars.