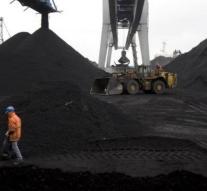 amsterdam - A few hundred protesters blocked a transhipment company in Amsterdam's port on Saturday. The action group, called Code Red, wants to protest against fossil fuels. According to one of the protesters, there are definitely three hundred people on their feet. The blockade is at the company OBA, which includes coal.

The group has set up a climate camp in the port area this week, which has to take place until monday. The action is a citizens initiative, prompted by the verdict in the Urgenda case, exactly two years ago, in which the judge ruled that the government should do more to protect its citizens from climate change.

'Code Red wants the Amsterdam port to shut its doors for oil, gasoline and coal, and that the Netherlands is leading the transition to a fair and sustainable society,' the statement says.

At the company OBA no one was available for a response.