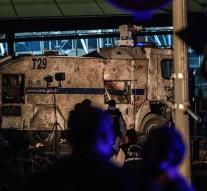 - The movement TAK, an offshoot of the PKK has claimed responsibility for the attacks in the football stadium of Besiktas. Does the organization in a statement on its website.

The bombing in the Turkish capital were 38 people, mainly riot police, were killed. More than 150 people were injured in two explosions.