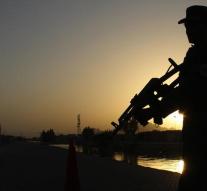 cabul - Indeed, seven Afghan civilians were killed after being kidnapped earlier this week by warriors of the extremist Taliban. According to a senior official of the Afghan police, at least 30 people are still being held. About thirty others have already been released.

The most recent attack was directed at a military camp in the province of Kandahar, near the border with Uruzgan. According to local media, the Taliban accused its residents of working with the government.

The kidnapping is now the second largest violence incident in Afghanistan this year involving civilians. The United Nations recently announced that in the first six months 1662 civilians were killed in the country and 3581 inhabitants were injured. According to the BBC, it is a new low of the number of civilians.