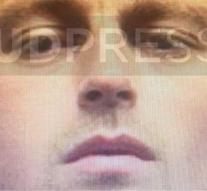 liege - A jailer from the prison where the Liège shooter was stuck, on Saturday sent a report to the management about his radicalization, Belgian media reports. In spite of this, he was allowed to go on leave for 36 hours on Monday. Benjamin Herman then shot three people, including two female agents. He is the main suspect of a fourth murder.

According to the Sudpresse newspapers, the prison guard wrote that Hermans behavior had changed since he dealt with a dangerous fellow prisoner, the radicalized Yassine D. There are many questions in Belgium about the leave arrangements and (the lack of) combating radicalization in prison.

Hermans name was incidentally in intelligence reports about radicalization, but according to the government there were insufficient reasons to refuse leave or keep a sharp eye on him.

The 31-year-old Belgian would have converted to Islam in 2012. He called 'Allahu Akbar' several times before the police shot him.