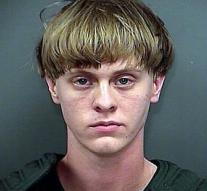 charleston - Dylann Roof, who shot nine black churchgoers in June 2015, on Tuesday by a US court sentenced to death. A 12-member jury decided that he will be executed.

In court he showed no remorse. Roof believes that he had no option but to point to the massacre. 'I thought I should do it, I still think I should do it,' Roof said, according to US media. Then he began a seven-minute speech about how he felt no hatred for black people, but 'for the things that black people. '

During four days were 25 different witnesses come to the floor to clarify the background of Roof and events in the church for the jury. Relatives of victims and witnesses of the massacre shared the horrors of that Wednesday in 2015 in Charleston.