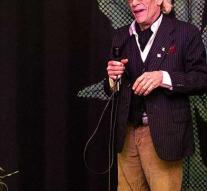 indianapolis - The idea was good, but the First Church of Cannabis can not fulfill its promise. The American organization had figured out that it was smart to call 'smoking weed' as a religious activity.

Freedom of religion is deeply anchored in the laws of the state of Indiana. The 'pranksters' were serious in their pursuit of a coup d'etat, but their idea has now become stranded. Last Friday, a judge determined that religious marijuana does not exist.

According to Sheryl Lynch, police officers would get too heavy a job. 'It becomes impossible to prevent illicit drug use and drug trafficking, when a religious exception is made. That is a recipe for abuse. There is no room to change the legislation without undermining the investigation and enforcement. '

Bill Levin, the founder of the First Church of Cannabis, states that the organization appeals against the ruling. 'I love you. We lost. But we are appealing ', says a message on Facebook.