Home / World / Christmas Tragedy in US 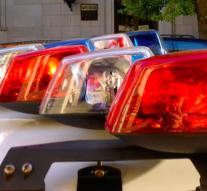 mckees rock - A fire has on Christmas Eve in the US three people killed. One of the dead was a five-month old boy who spent the night with his grandmother. That 50-year-old woman and a 29-year-old uncle also died, according to US media.

The fire raged in a house in the city of Stowe Township near Pittsburgh in Pennsylvania. The bodies of the two adults were found on the ground floor near the stairs, the boy was on the first floor. The cause of the fire is not known.