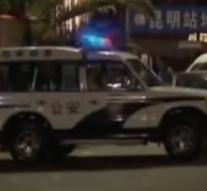 - Chinese police have arrested a man suspected of killing nineteen people. Their bodies were discovered in the remote village of Yema in Yunnan Province, southwest of China.

It is not clear how the victims have come to their end, and what was the motive. The victims, including three children, were members of six families. The suspect was arrested at about 200 kilometers from the village, where he lived himself.