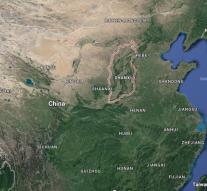 - Chinese police suspect a man that he killed two mentally disabled women so he could sell their bodies. He would have occurred as a coupler and promised the women that he would find a groom for them. Then he brought them to life.

The man was arrested in April with two accomplices, after the traffic police had found in Shanxi Province is one of the bodies in their car. Investigators have found after investigation that the men had sold the corpse on the black market.

The buyers wanted to keep a so-called ghost marriage with it. In some rural areas, there still is the superstition that a deceased bachelor very unhappy and will be lonely in the afterlife. A marriage with another dead is the answer. The usage is about 3,000 years old and has several variants. The BBC writes that nowadays sometimes living persons connected with the deceased in the real.