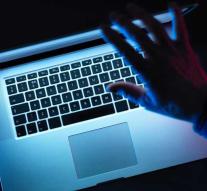 canberra - The most important university in Australia has been attacked for months by hackers. According to Australian media, the attack was carried out by Chinese state hackers, but Australia and the Australian National University say nothing about it.

The university has several research departments that are engaged in defense and world politics. In addition, the scientists have many contacts within the Australian army and the intelligence services. According to the university, the hackers have not captured any research data and no information about employees and students. But Channel 9 says on the basis of intelligence sources that the hackers were infiltrated deep into the systems. 'China probably knows more about the systems of the university than the university itself,' according to one of the sources.

Australia and China have a love-hate relationship with each other. They have great economic interests, but also many political disputes. Australia complains that China has been trying to influence and pressurize Australians in recent years.