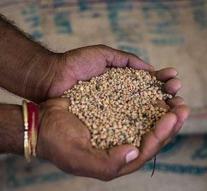 rotterdam - The Chinese owner of grain trader Nidera demands compensation of hundreds of millions of dollars from the former owners of the originally Dutch trading house. According to research by Het Financieele Dagblad in the Land Registry, Chinese Cofco has been able to use this claim for 288 million dollars in property and companies.

It is an accounting fraud case in Brazil, which came to light just before Nidera was completely in the hands of the Chinese. Cofco had a majority stake in Nidera since 2014, but the remaining shares did not start until the beginning of last year.

Nidera was founded in Rotterdam in 1920 by the families Salzer Levi, Drake and Mayer-Wolf. A lawyer has informed the FD that they wish to have the herds lifted by court. Those involved refused further to comment on content.