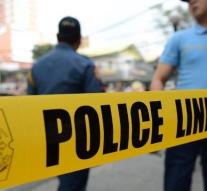 - Two Chinese diplomats were shot dead in the Philippines. Another senior Chinese diplomat was wounded by the attack in a restaurant in the city of Cebu. He was injured and taken to a hospital.

It is the Consul General Song Ronghua. Police have a Chinese woman as a suspect arrested. Nothing is known about her motive. The police could not hear her because there was no interpreter.

Both the victims and the gunman were in the restaurant eating.