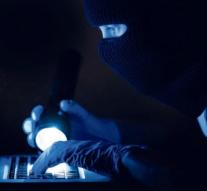 - The Chinese intelligence services seem to America to attend alone. The number of attacks from China in the last two years decreased by 80 to 90 percent, says FireEye security guard. Especially last summer abated the storm.

China and the United States pledged in September to tackle cyber crime and cyber espionage. She explained that she,, never knowingly hacking will support '. Two years earlier, it was revealed that China had spied extensively on US networks, especially in defense and software companies.

However, the question is whether China will completely keep its promise. FireEye does not rule out China attacks has recourse to unofficial hackers and institutions that are not directly employed by the state.