Home / World / China: US and North Korea need to talk 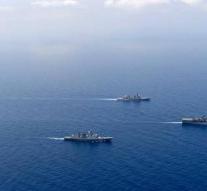 peking - The United States and North Korea must 'consult as quickly as possible' to eliminate political tensions. That said the Chinese Foreign Ministry spokesman.

'The only practical and possible way of removing the Korean Peninsula from nuclear weapons and ensuring peace and stability is through dialogue and negotiations,' said spokesman Geng Shuang. 'Solving the atomic matter with peaceful means is the only right decision. '

The spokesperson responded to statements by US President Donald Trump, who stated willingly to agree with North Korean leader Kim Jong-un.