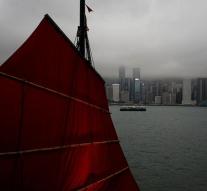 - Chinese President Xi Jinping, the Chief Executive made it clear Hong Kong that 'there is no single space' for the independence of the territory. That said the head of government in Hong Kong, Leung Chun-ying, after a meeting with Xi in Peru.

The leaders spoke to each other during a summit of the Asia-Pacific Economic Community (APEC) in Peru. Xi called on the leader of Hong Kong according to state news agency Xinhua guard on the social and political stability in the former British crown colony.

Xi said last week that will never be allowed any territory detaches itself from China. He Leung and his government offered support. Hong Kong has been repeatedly demonstrated over the years against the interference of Beijing with the administration of the autonomous territory.