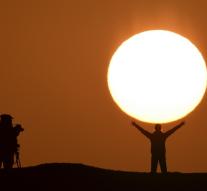 - China persecutes the former chief editor of the official Communist Party newspaper, the Xinjiang Daily. The 58-year-old Zhao Xinwei must answer for corruption, after he had been critical of the way the State had handled the violence in the western region of Xinjiang.

The newspaper reported include the deaths of hundreds of Islamic militants who were in government action. The region is home to many Muslim Uighurs, that international human rights organizations to the victims of repression by Beijing. The government denies that it suppresses this population.

Zhao Xin Wei was put in May from his post officially on disciplinary grounds. The former chief editor was removed from the party. It is not yet clear when he must appear before the judge.