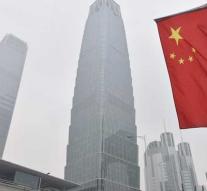 luxembourg - The United States and China were also the main trading partners of the European Union in 2017. Approximately one third of the EU's total trade is with those two economic superpowers, according to figures from the European statistical office Eurostat.

According to Eurostat, last year the US accounted for almost 17 percent of EU goods trade, or EUR 631 billion. For China, it is about 15 percent or 573 billion euros. After that Switzerland (7 percent), Russia (more than 6 percent) and Turkey and Japan come with 4.1 and 3.5 percent of EU trade respectively.

A total of 5226 billion euros worth of goods were exported last year by the 28 EU countries. Of these, 64 percent went to another EU country, and the rest went outside the EU. The EU's main trade products in goods are machines and means of transport such as cars, trucks and aircraft, and processed products and chemicals.