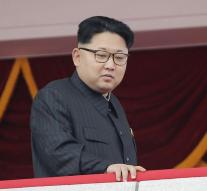 - "China and Russia have the nuclear test commissioned condemned the North Korean leader Kim Jong-un Friday. It has let Russian Foreign Ministry know that the foreign ministers of both countries, Sergey Lavrov (Russia) and Wang Yi (China), which did Monday in a telephone interview."

"The dictatorial regime of Kim barely supporters. The People's Republic and North Korea have had since the fifties close relationships. But in recent years Beijing is becoming increasingly annoyed about the young dictator Kim came to power in late 2011. China is concerned about its unpredictability, its nuclear tests and incident with Chinese fishing boats."