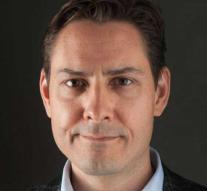 beijing - A former Canadian diplomat would have been detained in China. That is what his current employer and two other sources say. The arrest of ex-diplomat Michael Kovrig comes shortly after the arrest...

It is not clear whether the two issues are related. China is angry about the arrest of the business woman in Canada. Observers feared reprisals from Beijing.

Kovrig works for the International Crisis Group, a non-profit organization that, among other things, conducts research into conflicts. He is an important advisor for North-East Asia within that group.