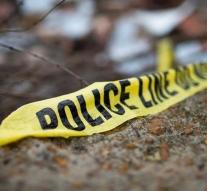 - A man has died in the United States when he jumped with his two children off a bridge. The boys of 1 and 3 years old walked according to CNN only minor injuries. 'It is nothing less than a miracle,' the police concluded.

The father was after an argument with his wife in Pequannock (New Jersey) drove away with his children. The woman then called the police because her partner had threatened the boys will do something.

The man appeared to have the deed to the word. Officers found his car at a bridge: tens of meters below the body of the father was found. The children survived the jump well and are not in danger. According to police, their fall apparently broken by trees.