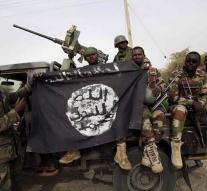 abuja - Boko Haram gets more and more children to commit suicide bombings. In the four countries bordering Lake Chad where the extremist Islamists are active in the first half of this year 38 minors have been killed in this way, UNICEF points out in a report published Thursday.

Excessive force is one of many problems for the inhabitants of the region. According to the report, 2.6 million people have now fled the violence, of whom around half are children. In four countries (Nigeria, Niger, Chad and Cameroon), the number of severely malnourished children is increasing this year to around half a million, UNICEF expected. The organization says urgently need more resources to help victims and refugees.