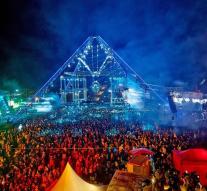 kastellaun - The organization of the techno festival Nature One near the German town of Kastellaun was quenched on Sunday by a birth and a death on Saturday night. First, a young woman apparently brought a daughter in the world without help in her tent.

The mother, who did not know that she was pregnant, reported to her baby at a first-aid post. They were brought to a hospital for examination. Both are doing well.

Later, a 20-year-old man died after consciousness. The emergency doctor failed to resuscitate him. The cause of death is still unknown, but the police do not exclude a crime.

The 23rd edition of the music festival on a former US military base attracted 56,000 visitors.