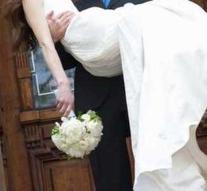 Governor of the state Phil Murphy calls it 'an important human rights case. 'Nancy Munoz, a politician in New Jersey, was the driving force behind the law and is satisfied. 'This was a journey without difficulties. Letting children marry is simply not the right thing to do. '

The American state of Delaware forbade child marriages in May. Pennsylvania is working on a similar law.