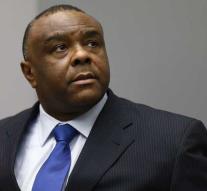 kinshasa - The Supreme Court of the Democratic Republic of Congo has definitely excluded opposition leader Jean-Pierre Bemba as candidate for the presidential elections in December. Reason is his condemnation by the International Criminal Court in The Hague (ICC) for bribery of witnesses and obstruction of justice. In June the ICC spoke to the former warlord surprisingly free of war crimes.

Bemba was once vice president in the past. At the 2006 election he had to acknowledge his superior in Joseph Kabila. This caused deadly conflicts between Bemba supporters and government troops on the streets of Kinshasa.