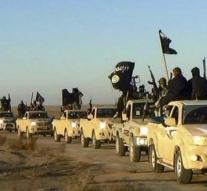 baghdad - The Red Cross has accused the warring parties in the Iraqi city of Mosul on the use of chemical weapons. The aid agency says five children and two women have treated who had been injured by chemicals.

In Mosul fighting the US-backed Iraqi forces against fighters of Islamic States. The Red Cross did not say which party would have thrown the chemical weapons in the fight.

The US has warned that IS mustard gas could be used in the fighting in the north of the city. IS is accused already 52 times to have used chemical weapons in Iraq and Syria.

The children and women who considered the Red Cross, the last few days have been introduced at a hospital in Erbil, east of Mosul.