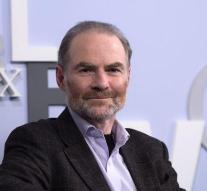 aachen - British historian and journalist Timothy Garton Ash (62) this year will receive the Charlemagne Prize. That was announced Sunday in Aachen.

The award, named after Emperor Charlemagne, who died in Aachen in 814, is awarded to individuals or organizations who are committed to European integration. Until 2007, the price of a sum of 5,000 euros and a medal with the image of Charlemagne. Now just issued the coin.

Garton Ash the medal on Ascension will receive in the Coronation Hall of Aachen's town hall.