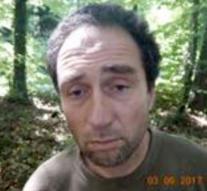 schaffhausen - A conflict of interest for years with his health insurer shows the reason for a chain saw attack by a man in the Swiss city of Schaffhausen. Four weeks after the incident, his lawyer was called the motive of the offender for the first time.

Franz W. went to the office of the health insurer in Schaffhausen on 24 July with a chain saw and seriously injured two employees. He fled, but was arrested a day later. He has been psychologically different for a long time. The man reportedly lived for a long time in a car in a piece of forest near Schaffhausen.

The fifty-year-old man had eighteen years ago a severe car accident, resulting in severe head injury and permanent damage. The Swiss has been in the clinch with his health insurance company for many years. 'In the end, the situation escalated,' said his lawyer.