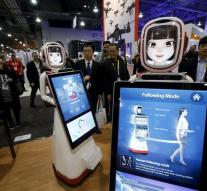 amsterdam - The Consumer Electronics Show, the world's largest technology fair, is coming to Amsterdam. On October 26th there is an event in the Beurs van Berlage: CES Unveiled Amsterdam.

The Amsterdam CES is a taste of the 'eggie', the CES in January in Las Vegas. Each year a Dutch mission will be held, this year under the leadership of Prince Constantijn van de StartupDelta. It is not yet known which companies will present themselves.

'' From smart cities to economic policy, the Netherlands has created a climate in which technology and innovation can flourish '', says the organizer of the CES.