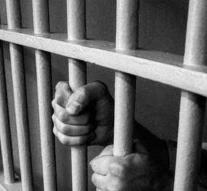 singapore - A court in Singapore sentenced a woman to a ten-week prison sentence for sending her sewing supplies to her detained husband. She had hidden two needles in a postcard, the newspaper The Straits Times reports.

In his own words the man needed the needles to repair his clothes. His 33-year-old wife suggested giving the damaged clothes to the staff during a visit to the prison, but he did not feel like it. At his insistence, she hid the needles in a card.

Her husband eventually did not get the contraband in hand. The needles were discovered when the card went through a scanner. Research showed that the man had asked for sewing things because a cellmate wanted to put tattoos.

The woman's lawyer had asked for a shorter prison sentence. He called her very impressionable and pointed out that she should raise three young children. The judge, however, wanted to set an example.