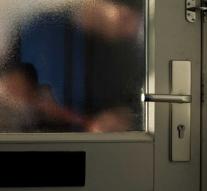 hannover - A 41-year-old German has been given three years in prison because he shot and killed a suspected burglar in June. German media reports said Thursday. The man from Hannover-Anderten appealed in vain for self-defense.

He stated that on the day in question at the beginning of the night sounds heard at his door. When he looked out the window, he saw some men standing in front of his door and he thought that one of them had a weapon in his hands. He took in a blind panic in his own words then a gun, went out and fired a shot in off the three.

The men ran away. The house owner alerted the police. Which was down the street a badly wounded, eighteen year old man. The police reanimated him, after which he was taken to hospital. There he died.

The prosecution claimed the man had the gun clasped in both hands when he shot and he turned deliberately running away the man he hit in the back. He had fired no warning shot.