Home / World / Cell for the son of Berlusconi 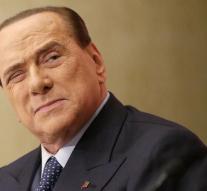 Piersilvio was found guilty of fiddling with the price of film rights allowing him some 30 million black money to accounts could lock in tax havens. He did so, according to the court together with the chief executive of Berlusconi's media company Mediaset, Fedele Confalonieri. Which was imposed the same punishment. The prosecution had demanded three years against both.

The verdict was appealed. Piersilvio and his companion were acquitted earlier.