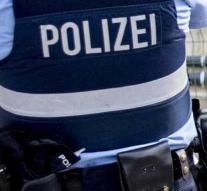 munich - A court in Munich in Germany sentenced a man to seven years in prison for supplying the gun and ammunition with which an 18-year-old man committed an attack in the Bavarian town in July 2016. This caused nine people to die.

The 33-year-old arms supplier was convicted for nine cases of manslaughter. According to the court he could have known that with the weapon people could be killed. The defense had argued that their client could not know what the buyer of the weapon was planning.

The gun seller has expressed regret to the surviving relatives.

The perpetrator of the attack shot around the Olympia Einkaufszentrum and killed nine people, mainly with a migrant background. Five others were injured. The perpetrator then committed suicide.