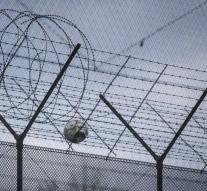 seoul - An influential clergyman who sexually abused his female followers has been sentenced to 15 years in prison in South Korea. The victims of Lee Jae rock saw him as someone close to god and did not dare to resist, reports South Korean media.

The 75-year-old Lee has about 130,000 followers through his Manmin Central Church. He certainly abused eight women on forty different occasions. They saw him according to the court as a 'divine being. 'The clergyman fell through the basket thanks to a research program on television. The authorities arrested him in May.